The guru behind this site, a dad, a nurse, a digital futurist. Focusing on benefits to end users and ultimaely citizen care. 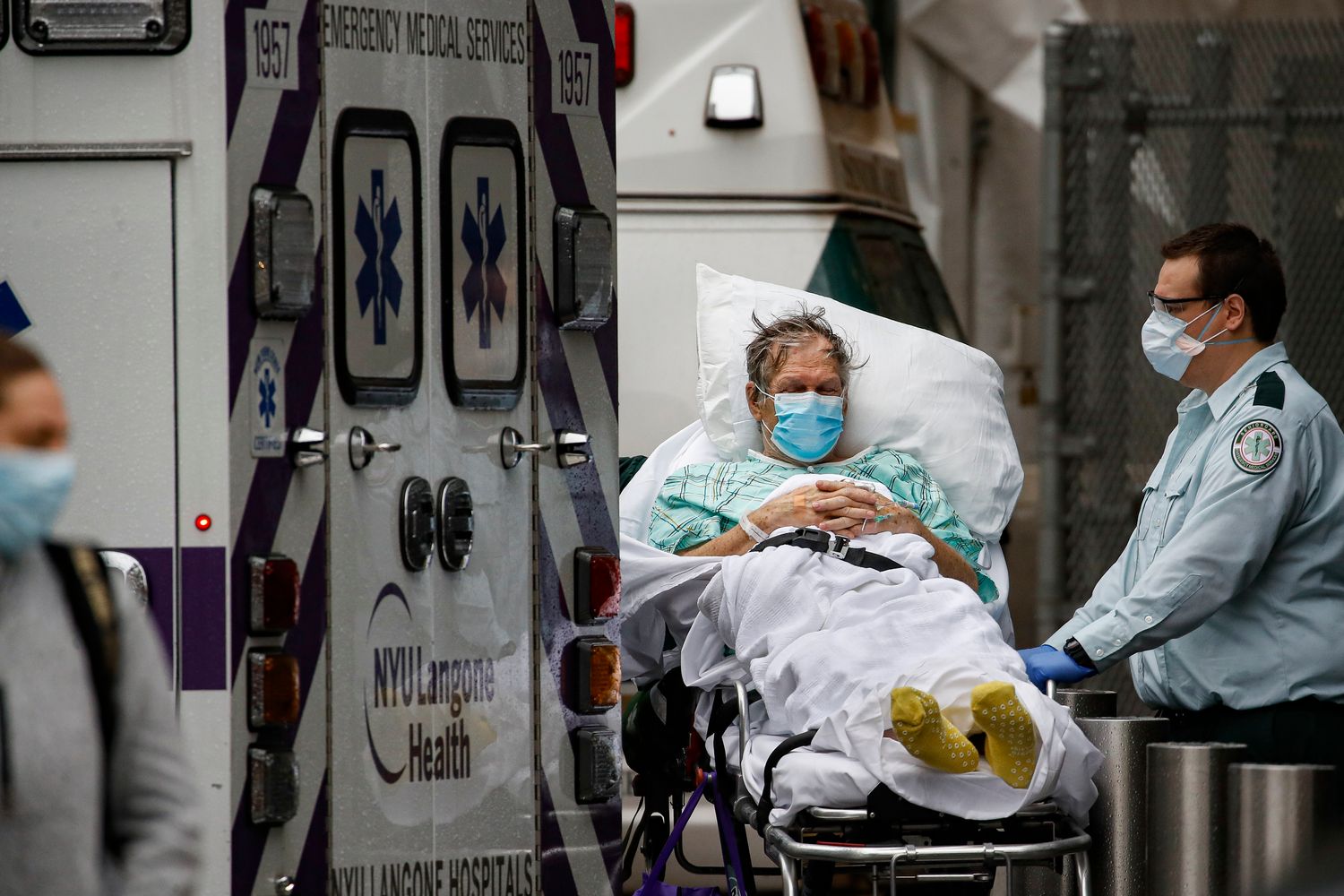 The White House is renewing a push to end “surprise” medical bills — possibly as part of the next coronavirus rescue package — in a bid to deliver on protecting insured patients from sometimes staggering costs of emergency or out-of-network care.

Trump administration officials are floating a plan that would outlaw health care providers from putting patients on the hook for thousands of dollars in expenses — but without mandating how doctors and hospitals would recover their costs from insurers, according to administration officials, Capitol Hill aides and industry lobbyists familiar with discussions. Billing disputes would have to be worked out on a case-by-case basis.

But the issue became the object of months of fierce lobbying and rivalries between congressional health committees, though the matter has receded during the pandemic. Congress agreed to cover the cost of Covid-19 testing in an earlier rescue package, and the Trump administration blocked providers that accept any part of a $175 billion industry bailout fund from sending unexpected bills to coronavirus patients.

House Speaker Nancy Pelosi included that prohibition in the lower chamber’s latest rescue proposal. Administration officials now want to pass a blanket prohibition on all hospitals and physicians and deliver a pocketbook health issue for President Donald Trump to tout on the campaign trail.

A White House representative wouldn’t comment on the proposal.

So-called balance billing can hit insured patients with staggering unanticipated medical bills if they inadvertently get treated at an out-of-network facility, such as in an emergency situation. Even people who go to an in-network facility may later discover one of the physicians wasn’t part of the network.

But despite mounting public concern and a flurry of legislative activity, Congress over the past year couldn’t resolve a standoff involving hospitals, physicians, employers and insurers that mired bipartisan proposals and pitted powerful health committees against each other. Efforts to help hospitals and physicians during the pandemic have left the outlook murky.

The prospect of the White House plan raising health care costs could yet douse enthusiasm on Capitol Hill. Though congressional scorekeepers haven’t issued a formal estimate, a congressional aide said the Congressional Budget Office has advised through informal guidance that the plan would raise premiums by driving up provider rates.

“As far as protecting Covid patients from being surprise billed, we’re kind of thinking, if this is all that can happen, we want this issue taken care of,” said one insurance lobbyist who requested anonymity to discuss industry deliberations. “But we have major concerns about impact on costs and patients if the entire issue isn’t addressed in a more comprehensive way.”

“Senator Murray has been clear throughout negotiations on surprise billing that any solution needs to prioritize patients — in particular by making sure costs aren’t passed onto them in the form of higher premiums or out-of-pocket costs,” said an aide to Murray. “She doesn’t believe this proposal meets that principle, and is concerned it would increase patients’ costs.”

A straight-up ban on surprise billing falls in line with a solution the American Hospital Association, Washington’s biggest hospital lobby, has pushed in the past. The trade group declined to discuss whether it would support including it in the next coronavirus relief package.

Powerful doctors groups have been wary of a policy that only bans the practice and doesn’t include a way to resolve payment disputes. The American Medical Association contends the approach would leave health insurers with too much leverage.

“With physicians working on the front lines of this public health crisis and desperately trying to keep their doors open, Congress is unlikely to find a rationale for strengthening the hand of insurers,” said AMA President Patrice Harris in a statement to POLITICO. “As there is no balance billing for Covid testing and treatment under most types of insurance, there is no need to rush these significant policy changes as part of the next Covid relief package.”

Get the latest on the health care fight, every weekday morning — in your inbox.

Meanwhile, insurers and employers say that without a formula to resolve payment disputes, they could face costly litigation if hospitals or doctors want higher rates. Their fear is a patchwork of possibly conflicting formulas judges could impose to decide payouts, or that a decision that sides with doctors or hospitals could make high rates the precedent.

“We do want our employees to be protected,” said a lobbyist for an employer group, who also spoke on condition of anonymity. “But with no payment mechanism, it is possible this could give rise to lawsuits, and you could end up with different rules in different jurisdictions.

“I view the simple ban on balance billing as pretty close to an ideal solution,” said Loren Adler, associate director of the USC-Brookings Schaeffer Initiative for Health Policy, who has advised Congress on its various proposals.

Adler thinks the blanket ban may keep health prices and insurance premiums in check and said the limited data suggests that the policy would lower premiums more than past proposals in Congress.

Even if the policy triggers more litigation, with doctors suing insurers or employers for higher rates, some experts predict courts could be skeptical about ruling for excessive charges.

“I think increasingly courts are getting it right, and maybe that’s because surprise billing is now part of our lexicon,” said Duke University law professor Barak Richman.

President Joe Biden participates in a roundtable discussion on a coronavirus relief package in the State Dining Room of the White House on Friday. | AP Photo/Patrick Semansky …

NHS Wales Informatics Service is set to rebrand as Digital Health and Care Wales next month putting it on a statutory footing. As of 1 April 2021 the new special …